… enchanting stones that tell its history!

Conversano, town of art and history, encompasses human genius in its beauty. Once called Norba, it was alredy inhabited in Paleolithic times. It is, with its archaeological heritage, one of the greatest and most ancient town of the Peuceti (ancient native people). The ancient megalithic walls, some of which can still be seen, represent the origins and strength of a lively and dynamic town, that in the course of time was enriched with history and beautiful art and monuments.

Conversano, the dwelling place of the Earls, is a town full of noble palaces, churches, monasteries and works of art. In the main floor of the castle, the halls house the Painting Gallery.


Churches and monasteries embellish the town centre. The sobriety and richness of history are noted in the faç’e7ades, in the belfries, in the inteiors and altars: from the austere simplicity of the romanesque Basilica to the gilded pomp of seventeenth-century churches, amidst the history of bishops and abbesses in the centuries-long wars, divided in spirit and time.

In the “little lakes” (natural dolines) man once built wells in calcareous stone for the purposes of water preservation. In these one can see the unity of art with nature. These lakes where once a precious feature of the countryside of Conversano. Also in the countryside, there are small ancient rural churches that were used by nobles and peasants. These are dispersed amidst olive and cherry trees and remains that time has not yet erased.

The castle - Originally of a trapezoidal shape, it was built by the Norman Goffredo Altavilla round about the year 1000, using as foundation in some parts, the magalithic walls of the ancient peucetian centre dated back to the 6th/4th cent. B.C. Between the 15th and 17th cent. a series of interventions changed the castle from a military fortress in an exclusive residence of the Acquaviva d’Aragona family.

The Picture-Gallery - From December 1999, the old show rooms of the earl Giangirolamo II are residence of the Town Picture-Gallery. The pictorial cycle of the Gerusalemme Liberata by an Italian writer Torquato Tasso is exhidited inside; Paolo Finoglio painted the ten pictures from 1640 to exalt the heroism of the earl Giangirolamo. The masterly use of the light and the witty stroke of the brush, that render alive the materials, according to the rules of Caravaggio, make Finoglio an able interpreter of the Tasso’s poem.

San Benedetto - Edified in the 11th cent. on a pre-Romanesque churc, the monastery was transformed between the 16th and the 17th cent. Of remarkable interest the Romanesque bell tower of the northern façade of the churc and the baroque bell tower on the opposite portal. Inside there are interesting wooden altars and paintings, amongst which San Benedetto and San Biagio of the Neapolitan Paolo Finoglio. Valuable the adjacent medieval cloister (13th cent.) of a trapezoidal shape with elaborated capitals. The monastery became the residence of the Mitred Abbesses from 1266 till the beginning of the 19th cent..

The Town Museum - The archaeological section of the museum, housed in the monastery of S. Benedict, admits findings found in the south-east territory of Bari: weights, coins, fragments of weapons, vases and various objects deted back to a period between the Paleolithic and the Roman age. A plastic of the territory and some fragments of rock give an important educational support.

St. Cosma and Damiano - Starting from the thirties of the 17th cent., the old church of S. Matthew was transformed by order of the earl Giangirolamo II the Aragona and his wife Isabella Filomaria, devoted to Saints Cosma and Damiano. The project was entrusted to the painter of the court Paolo Finoglio who, with the collaboration of his pupils, made the vault and the pictures of the side chapels, among which the Martyrdom of St. Gennaro and Saint Urbano baptizes Valeriano. The execution of the stuccoes of the vault was a work of local hands. In 1912 Monsignor Lamberti entrusted church and convent to the nuns Adoratrici Crocifisse. The church is Sanctuary of St. Rita.

The Cathedral - Started by the Normans between the 11th and 12th cent. the church, in Romanesque Apulian style was enlarged by Monsignor Pietro d’Itri in 1359 and changed further in successive centuries. Dedicated to Our Lady of Assumption, it has a nave and two aisles, and the façade divided into three parts by pilasters. The left apse has a fresco of the 14th cent. The left aisle admit the icon of the Madonna della Fonte, patroness of the town. A wooden Crucifix is situated in the right aisle. It was consecrated minor Basilica in 1997. 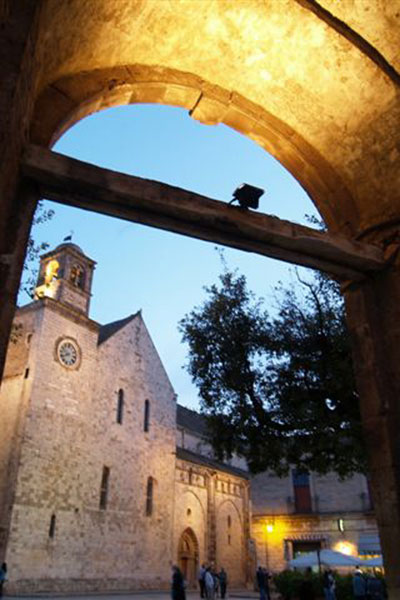 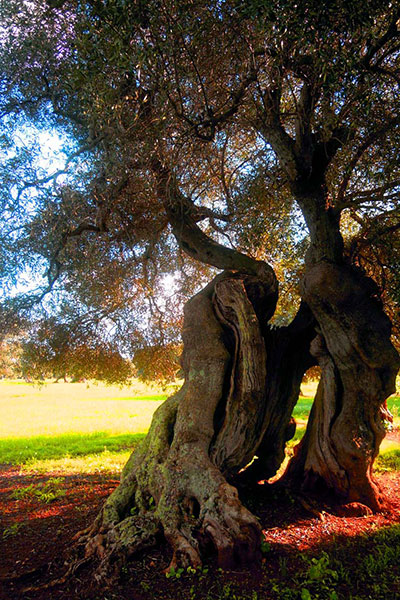 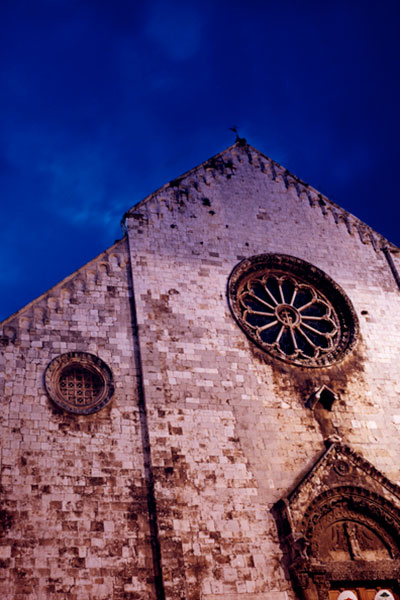 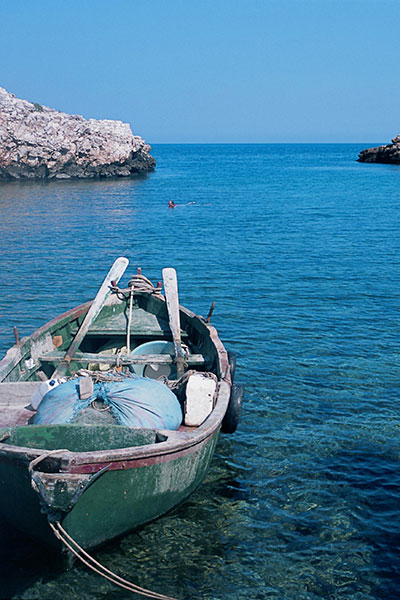